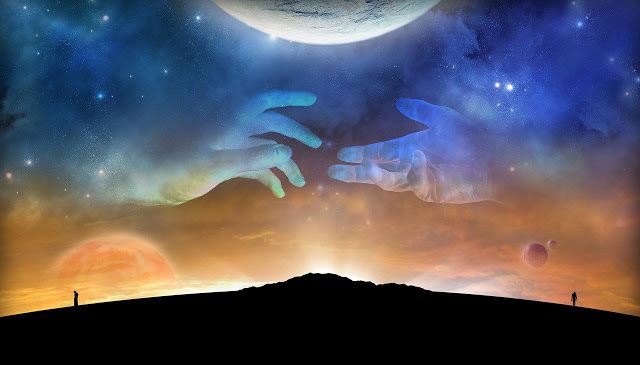 ​I want to ask you a quick question, please indulge me.

Do you have an idea? Please feel free to unlock my mind from this cage of thought, but before you do, hear me out.

I once knew a lady who had a free spirit, one who would hardly let anything or anyone keep her down, one who was always smiling. She had the nicest heart and a welcoming spirit, that even stray individuals found solace in her embrace. Words from her mouth were like the drops of dew in the early morning, and her presence was like cool rain drops on a sunny afternoon. In her eyes laid the seat of love, and with every stroke of her finger, it felt like the touch of a God.

But she had a problem, like people would say, she was too nice.

As comforting and assuring as she was, she was often warned of the dangers of exposing her heart always to people. They would say, “You have got to cut back a little and be careful, unless, you will have a heartbreak”, and yes, she had one. A very big and nasty one.

No, her boyfriend wasn’t caught cheating, neither did any of her cats die mysteriously, and no, no family member was lost to the cold hands of death, but someone she had opened up to, turned out to be her very own Judas, planting a heavy kiss on her cheek.

What are you thinking? She played herself? Of course she did, big time, but she was warned.

Spare me for not getting into details of what transpired, or how ugly the scandal was, trust me, it was nasty, but to cut the story to the very shortest version possible, her well guarded secret she had shared with this unfriendly friend was finally come to light, and it was bad, like real bad.

This was a thorn in her skin, a blemish she couldn’t wash off, and when no one was near, she would cry her eyes out. Her silence became her anchor, her cut grew quite deep with every passing day, and all I could do was nothing but to watch from a distance as she walked around with the cloud of fear.

But she surprised me.

She woke up one morning and smiled at a stranger on the street, moving around like she had no worries, and that was when I knew, the nicest ones are the strongest of them all.

Here is what we think about nice people: they are weak, they get taken for granted and are blamed for almost every everything that goes wrong, they get tossed around and the worst incident would crush their kind soul. Well, yea, we may be right, but in all honesty, I think we are missing out on a little detail.

Did I hear you ask what is it? Well then, this is it.

Do you know that even in the midst of the disadvantages that swirls around their character, the struggles they go through on the outside makes them stronger on inside? Every heart break, disappointment, let down silent battles, tear drops and pains, all these they take and toss aside as they prepare, with a smile, to face the next task. Truthfully, these are the quiet things that are unheard of about nice people because we don’t get to see it.

Rather than them closing up their hearts and probably thinking, it is better to be alone and walk with a straight face than to get burned while relating with people, these ones are not afraid to confront their rough emotions, in fact they take the sadness and pains and make them a tool that helps them relate with others on a deeper level. Because they have been through what you are going through, they are often times the ones with their presence and the right words that gives comfort better.

Yes they have been through some nasty process and some hard to understand betrayal, but the truth is that, these nice people are survivors, and they don’t allow these troubles turn them into cold turkey, but because they have experienced the most inhuman treatment, in their own capacity, they have the ability to love unconditionally.

To be sincere, it is not easy to stay nice in a world where humans behave like brute beasts, and quite frankly, one would prefer not to die before their time, the truth is, the nicest people are strong because they choose to remain nice. Now add that to their resilience, you can begin to see why they are the strongest.

To be fair, it is not going to be easy choosing to remain nice, but if you do, it’s gonna say a lot about how strong you are.

Now tell me, what do you think?

One thought on “The Strongest Of Them All.”