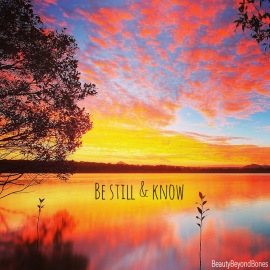 It appears multiple times in scripture, it appears in song.  What does it mean to love the Lord your God with all your heart, your soul, your mind and all your strength?  What does that look like?

We are still in Matthew’s Gospel, the disdained tax collector that went from exploiting Jewish people to trying to save them.  At this point in Matthew’s account, we are in the last week of Christ’s life.  He had made his triumphal entry into Jerusalem.

He was spending his last week in or near the holy temple.  Three prominent groups in Israel at that time, the Herodians I talked about last week, the Sadducees and the Pharisees were taking turns questioning Christ in an effort to trap him in front of large crowds that had gathered for the Passover.

Today’s scripture occurs at the end of a long day for Christ.  He had been teaching and preaching, he had given the parable of the wedding banquet, talked about paying taxes and spoken about the resurrection.

Christ had silenced the Sadducees, they were a conservative group that only accepted the Law of Moses.  Much less is known about the Sadducees as compared to the Pharisees.

The Pharisees, this religious group mentioned often in the bible, heard that the Sadducees had tapped out and they decide it is time for one more go around.

They offer up one of their best and brightest, a lawyer to question Christ.  An expert on religious custom and law up against a man with no formal training or education.

“Teacher, which commandment in the law is the greatest?” the lawyer asked.  Christ’s response can be found in the Old Testament in the book of Deuteronomy, it was his response to the devil during the temptation.

It is part of Jewish daily prayer called the Shema.  Christ’s response points to what our whole lives and being should be about.

Considering all his exchanges with these religions and political groups it would be easy to come to the conclusion that he was anti-Jewish or anti-establishment.  That is not the case.

Christ is an orthodox Jew, he believed in the law.  But he didn’t come to this world to beat people up with rules, he came to fulfill the law, to fulfill the Old Testament prophecies that a promised one was coming.  The promise of the Messiah that would take away the sins of the world.

How do we love our God and neighbors like that?  Do we do love them like we should…………..How do we do those things?

Reading scripture, writing a sermon.  Those things are expected from a pastor.  What I often times run into doing those things is I get exposed.  Studying the scripture gives me time to reflect on the message I am to deliver and makes me question whether I do those things.

I tell my wife and children that I love them often, but does my behavior match the words that come from my mouth.  To be kind, not always.

If I love or when I love, it is in a broken, incomplete manner in which I do.  Too prone to get mad, too prone to lose my patience and lash out.  Sometimes, it appears that the only thing I love is my own selfish interests.

That is a window into my twisted, broken mind.  I can say that I believe that I have been obedient to God’s call, have tried to follow the best that I know how and devote time to him in prayer, read his word and give to the church.

But, do I put him first in my life?  Do I love both him and my neighbors with all my heart, all my soul and all my mind and strength…..

We moved into the neighborhood about 3.5 years ago, I have neighbors in that area that I haven’t had a conversation with.  Haven’t taken the time to get to know them.

I will try to spare you anymore of my hang-ups and give you an example of what this kind of love looks like.

Corrie ten Boom, that was her name, a young girl born to a very devout Dutch family.  She lived with her family in Holland during World War II.  She and her family bravely hid Jewish people that had fled their homes.

She offered up herself for God’s people, in anyway, any place at any time.  Scores of Jews passed through the ten Boom home.  Her selfless ways continued until the Gestapo found out and placed her and her family in one of their concentration camps.

The horrible treatment she received did not stop her from sharing her faith or leading worship services.  She would lose her father, a brother and a dear sister.

Just a few short years after the war ended, Corrie ten Boom was speaking at a church in Germany.  At the end of the service walked an older gentlemen that was one of the most vicious guards at the concentration camp she was held in.

“A fine message he said, as you say, all of our sins are at the bottom of the sea,” as he extended his hand.  Could you imagine her angst, anxiety, anger, all the things that she must have felt.

He told her he had become a Christian and asked for her forgiveness.  “I forgive you my brother, with all my heart.”  She would later say that she had never known God’s love so intensely as she did then…..

When people have a different opinion from us, do things we don’t approve of and don’t look like us, we are called to love them.  Respect them, treat them with the dignity that every human being has the right too.

I will grant you that love is something of an emotion, it can be.  I would contend that love is an action.  Love gets kids up, fed and off to school and is there for them.  Love looks after those that aren’t able to take care of themselves.

Love is an action.  Love requires sacrifice.  I don’t think you can love someone or something that you don’t spend any time with.  The same is truth for our God.  The more you understand God, the more spiritual you become, the greater you should be able to love.

He said / She said