For a text that’s said to have all the answers, the Bible sure raises a lot of questions. Look close and the Good Book seems to devolve into a swirling mess of mysteries complex enough to give Dan Brown nightmares. 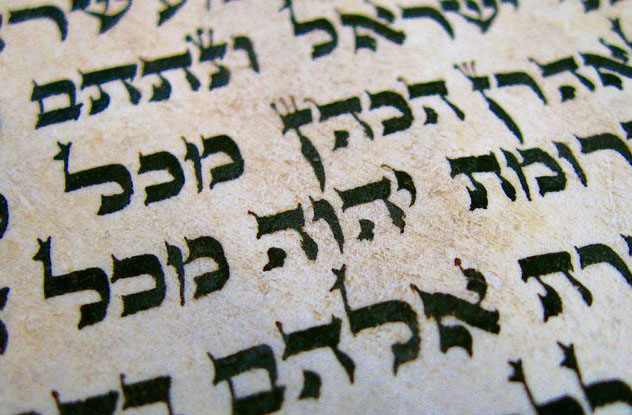 Have you ever had one of those awkward moments when you forget how to pronounce someone’s name? Judaism has been suffering that embarrassment for centuries. According to Jewish tradition, there are many different ways of referring to God, but the proper way is by the Tetragrammaton. Spelled “YHVH,” this simple combination of letters is meant to be the true name of God Himself—and no one is sure how to pronounce it.

Although there was originally no prohibition on saying God’s name, by the time the first century rolled round, you explicitly had to be in the Temple at Jerusalem to do so. Unfortunately for history, the first century is when Rome decided Jerusalem would look better as a pile of smoldering rubble. By A.D. 70, the Temple had been destroyed, but the prohibition on saying the Tetragrammaton outside its walls remained. The result: The correct pronunciation vanished from history, and all we have now are guesses. 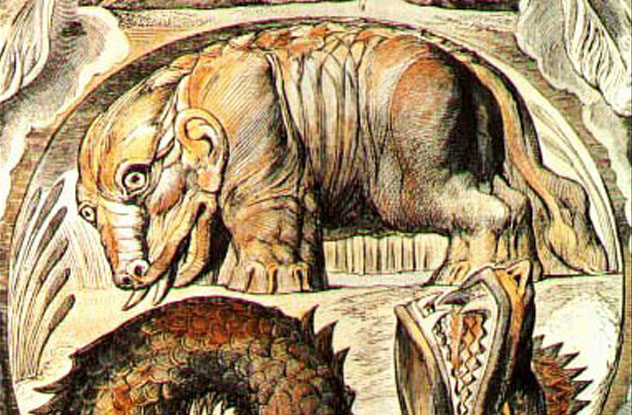 At the denouement of the Book of Job, God appears to a group of people from a storm to boast about how awesome He is. As part of this insane, multiple-page brag, He asks His audience to consider one of His most impressive creations: the mighty Behemoth. Today, no one has any idea what He was talking about.

From the description, we know that Behemoth is a land-based animal and a very big one. Its bones are “tubes of bronze,” its limbs are “like rods of iron,” and its tail is “like a cedar.” The entire River Jordan is meant to “surge against its mouth,” suggesting something of massive dimensions. So what is it? We don’t know.

Some modern scholars have suggested the above passage describes a hippopotamus, which makes sense until you remember the cedar-sized tail. Others have suggested an elephant or even a dinosaur that survived into biblical times. The whole thing is a total mystery, one not helped by God describing another mythical creature only a couple of passages later.

8 The Lost Wealth Of Ophir

The Old Testament is full of regions and cities now lost to human knowledge, but perhaps none is quite so intriguing as Ophir. Mentioned multiple times in Genesis, Job, Kings, and Isiah, it’s the biblical equivalent of El Dorado—a land absolutely teeming with gold.

Not just gold, but also silver, ivory, and precious stones, not to mention luxurious peacocks strutting about. By all accounts, it was a place of fantastic wealth and riches, a region almost unparalleled in the goods it could provide a biblical king. And its location is a complete mystery.

The Bible itself seems to suggest it was on the Arabian Peninsula, but that now sounds unlikely. Modern scholars think it was located either in East Africa—perhaps in the area of Somalia—or else in India. The peacocks would seem to support the India hypothesis, while the presence of ivory is more in line with contemporary accounts of trade in Africa. Then again, it could be somewhere else entirely.

7 The Meaning Of The Millennium 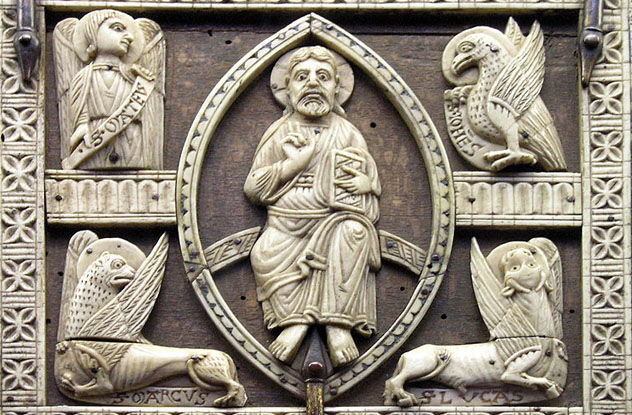 In the Book of Apocalypse (also known as Revelation), the author very specifically mentions a period of 1,000 years, known as the Millennium, when Jesus will reign over the Earth. Sounds straightforward? It’s anything but. Modern scholars are completely divided on everything to do with the Millennium—including how long it will last.

For some, the Millennium is literally what it sounds like: the time of Jesus’s Second Coming, when He will physically rule for 1,000 years. Others have claimed it is the moment of resurrection, lasting an undetermined time, while yet others think the whole thing is a big metaphor for the majority of humanity converting to Christianity. Since it is part of the very confusing Book of Apocalypse, an extra layer of uncertainty appears because some people think this time is yet to come, while others think it has already happened. 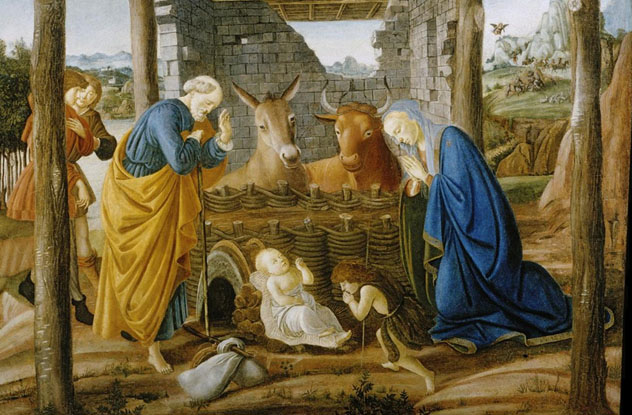 Most action that takes place during the Gospels isn’t tied in to any exact date, but the birth of Christ is an exception. Luke directly states that Jesus was born during the reign of Herod, when the first great census was taking place. This is impossible.

Although Quirinius conducted a great census around A.D. 6–7, it didn’t overlap with Herod’s reign. By the time of the census, Herod had been dead for nearly a decade, meaning the two clues we have for dating Christ’s birth contradict each other. In 2012, the Pope declared the Christian calendar to be off by several years, but not everyone agrees. So the best that can be said for Jesus’s birth is that he was born “somewhere around” the beginning of the first century.

5 The Location Of Noah’s Ark 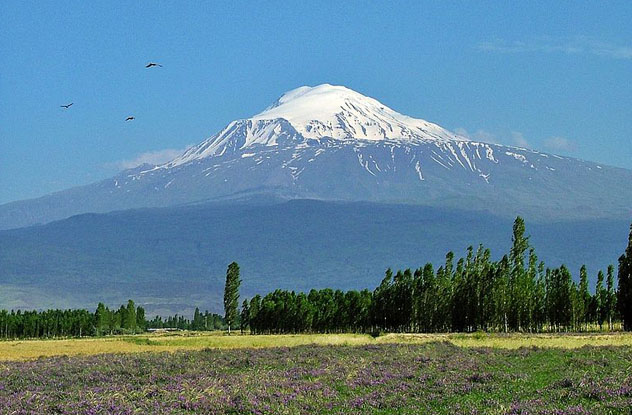 Even the irreligious among us probably know Mount Ararat in Turkey as the final resting place of Noah’s Ark. But there’s actually no reason we should think this. Although the Bible specifically mentions where the Ark landed, that specific place is Urartu, an ancient kingdom in East Turkey. And although that might well include Ararat, the association didn’t arise until the 10th century B.C., over 1,000 years after the Flood supposedly happened.

Since no evidence points to a giant flood ever affecting Turkey, we have no idea where the Ark supposedly came to rest. Granted, it’s meant to be within the bounds of ancient Urartu, but that covers swaths of Turkey, Armenia, and Iran and includes multiple mountain ranges. Thanks to the huge passage of time since Genesis was written, it’s doubtful that we’ll ever know what location the author had in mind.

Clocking in at over three quarters of a million words, the Bible is one of the longest books ever written. But it’s meant to be even longer. At least 17 entire books are missing from our modern version, and we’ve no idea what happened to them.

Thanks to other parts of the Bible referencing the missing works, we know they existed. For example, Chronicles 29:29 explicitly refers to “the records of Nathan the Prophet and the records of Gad the Seer” and says they detail the reign of King David. But try searching for either of those books in your Bible, and you’ll find nothing. Same with the Book of the Wars of the Lord, which allegedly contained an epic cycle of poems dealing with the Israelite army laying waste to entire civilizations.

So what happened to these obviously important books? Nobody knows. At some point in history, they were either lost or someone decided to chuck the lot of them out without leaving any record as to why.

3 The Identities Of Gog And Magog 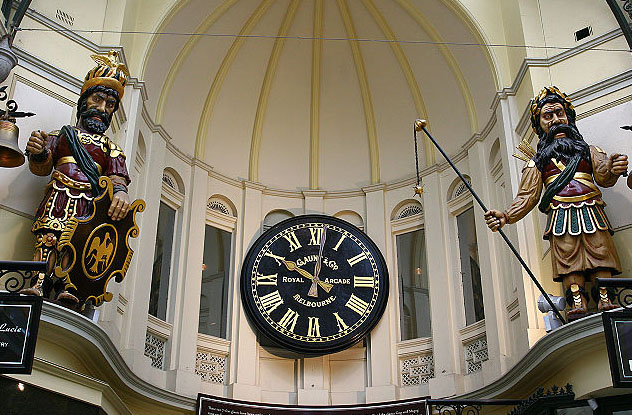 Despite their comedy-duo names, the biblical Gog and Magog are very bad news. In Ezekiel, Gog is a warlike chief prophesized to attack and very nearly annihilate Israel. In the Apocalypse, Gog and Magog are the nations that will align with Satan for the coming final battle. But far from being just interchangeable names, there’s a very real possibility that they signified a specific person or group. Only we’ve no idea who.

Finding out who they’re meant to be would give us incredible insight into the composition of both the Old and New Testaments, along with a better understanding of the tensions of the time. Countless interpretations have been advanced over the centuries. Modern scholarship tends to think Gog is Gyges, a king of Lydia from the 7th century B.C. Others think the Akkadian god Gaga is the target. Gog and Magog have been alternatively defined as the Sycthians, the Huns, the Magyars, and even the entire Muslim world.

No one has had their life story as thoroughly analyzed as Jesus’s. Nearly every moment of Christ’s existence has been poured over by scholars and interpreted and re-interpreted. Yet there still remain some gigantic gaps in our knowledge, such as what Jesus did between the ages of 12 and 30.

Following the story of Jesus’s birth and early years, the Gospels go strangely silent on their main character for this huge chunk of His life. We’ve got no idea what Jesus did during adolescence and young adulthood. This gap of information is so glaring that hundreds of books have been written on the subject, all advancing their own pet theories. There’s speculation that He visited England, spent time in the desert, or even took the ancient equivalent of a gap year and vanished off to India. On the other hand, He may have simply bummed around Galilee, working as a carpenter.

1 The Site Of The Crucifixion 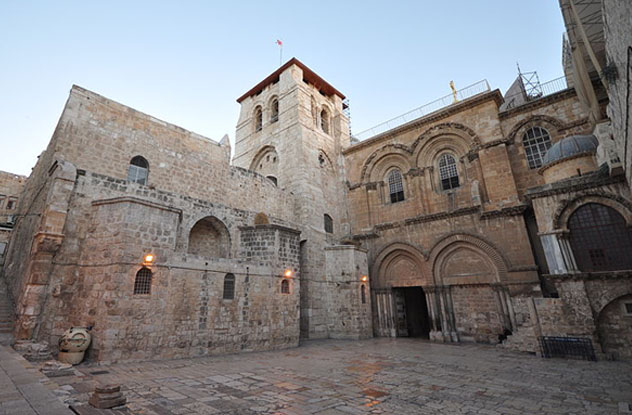 The New Testament labels the Crucifixion as the single most important event in the history of humanity. Even if you’re not religious, you can likely appreciate how it utterly changed the world. So where did this epoch-shaking event of unimaginable importance take place? You’ve guessed it: We don’t know.

The Bible very specifically says the Crucifixion took place at Golgotha, one of the hills outside Jerusalem. It’s one of the very few details on which all four Gospels agree. We know that Golgotha was also known as Calvary, a word meaning “skull.” Beyond that, it’s just guesswork. Modern scholarship thinks Gordon’s Calvary—a small, vaguely skull-shaped hillock near modern Jerusalem—is a likely location. But then so is the spot Christians revere as the site, the Church of the Holy Sepulchre.

As an additional headache, both sites were chosen because of their proximity to ancient tombs. Yet another school of thought suggests Romans only allowed crucifixion victims to be buried in shallow graves. If true, the Crucifixion could have happened in any of a hundred different unknown places.