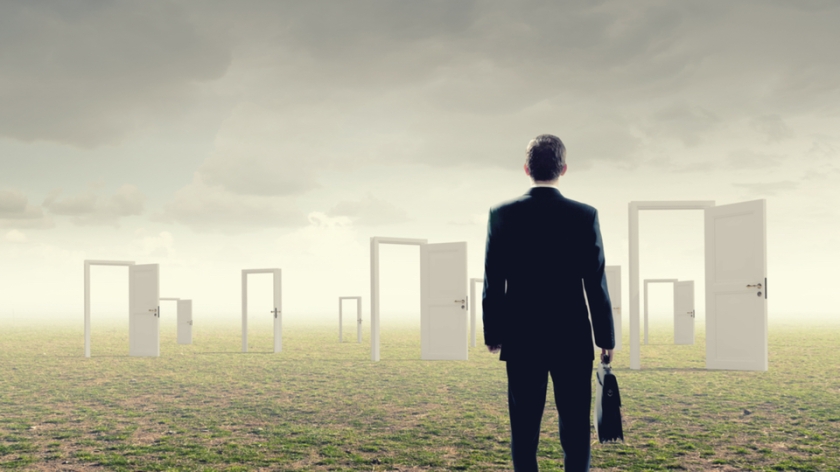 The short answer is “YES, they may“. Now that you have the answer, you might want to go back to what ever you were doing.

This is probably the “One Question” raised by Atheist’s that literally stumps the average Christian. The other being “How can a benevolent GOD, create suffering that kills innocent children? or Why does GOD allow evil?” There is a great explanation about this given by Ravi Zacharias on YouTube.

Back to the question at hand.

Will God prevent a good and morally upright atheist from going to heaven; while allowing a reformed child molester to go to heaven?

I think the Christian knows the answer to that – Yes He Will (Prevent the atheist from going to heaven).

Jesus Christ dogmatically stated: “I am the way, the truth and the life. No one comes to the Father except through Me” (John 14:6).

But the Bible declares that “God is love” (1 John 4:8) and “desires all men to be saved and to come to the knowledge of the truth” (1 Timothy 2:4, see also 2 Peter 3:9). The Bible’s most famous verse declares that “ For God so loved the world, that he gave his only begotten Son, that whosoever believeth in him should not perish, but have everlasting life ” (John 3:16).

Could a loving God sentence people to an eternity of torment for not having had a chance to hear about Jesus?

Let’s see how Jesus reflects on the subject.

When Jesus had to confront the Pharisees of his time who were demanding a sign from him. Jesus says

Let’s just assume that Jesus is using figures of speech here, that He didn’t actually mean what He said; because He is literally saying that the Queen of Sheba, Assyrians from Nineveh and the Jews are all going to be judged at the same time. You have to be alive to be judged!!!

Why do we have to be judged?

On this planet, we have to pay a price every time we break a law. Be it as trivial as jay walking or a serious crime like murder. The law is absolute and we have to face the consequences.

Jesus is simply saying, that he will bear our punishment so that we can be set free from the law. All we have to do is put our faith in him. [ I can’t imagine of a simpler agreement or term to avoid the consequence that is due to us]. Christian or not, we are all fallible, even the best among us have shame written on our back side. Therefore judgement is unavoidable.

Obviously, a non christian, may have never heard about Jesus. Even if one did hear about Jesus, very few are willing to step outside the comfort of the religion that they were born in. [Because they simply can’t believe such a ludicrous claim]

If God is love, isn’t it unfair for Him to destroy the people who have never heard of Jesus Christ? Is it fair for Him to punish people in hell for being born in the wrong place at the wrong time? How about those millions of babies who didn’t even have the chance to even understand what the Bible says? How about those people who lived and died in places where Christianity is forbidden or during the times when it would be difficult for them to know Christ? Will they all be thrown into the lake of fire even if it wasn’t their fault?

This would mean that God is a complete failure! He could not even save the majority of mankind from the evil works of the Devil!

Before you write him off, consider this

“The Lord is not slack concerning His promise, as some count slackness, but is long-suffering toward us, NOT willing that any should perish but that all should come to repentance.”

“Tell them that as surely as I, the Sovereign LORD, am the living God, I DO NOT ENJOY SEEING SINNERS DIE. I would rather see them stop sinning and live. Israel, stop the evil you are doing. Why do you want to die?”

These are just a few verses showing God’s infinite mercy, love, and compassion toward us. He does not want anyone to perish. In fact, He wants to save as many people as possible.

So, what is the fate of those nonbelievers and non-Christians? Will they also be saved or be eternally tormented in hell-fire?

Forget everything that you have been told by secular media. The real truth about Death & Resurrection is that everyone gets a second chance.

The answers can be found in the two Biblical books devoted to prophecy: Revelation and Ezekiel.

Revelation 20 talks about the first resurrection, when Satan will be bound for a thousand years immediately after Christ’s return (verses 1-3) and of the resurrection of the saints—Christ’s faithful servants throughout the ages (verses 4-6). Christ and His saints will rule for 1,000 years (commonly called the Millennium). Then, after the Millennium, another group will be resurrected to life. This group is called “the rest of the dead” (verse 5).

Who are the rest of the dead? Verse 12 reads: “I saw the dead, small and great, standing before God.” This will include the vast majority of those who have lived and died through the thousands of years of human history—all resurrected at the same time. The prophet Ezekiel was given a vision of this coming resurrection (Ezekiel 37:5-6), and he saw how God will give physical life back to what will turn out to be billions of people. Make sure you read his description and try to imagine what this will be like when human bodies will be reassembled and then resuscitated.

What will happen to the unbelievers? After they are given life, they will be given an opportunity to learn about God’s Word. We read, “And books were opened” (Revelation 20:12). The books (Greek biblion) refer to the books of the Bible. Those who were blinded to God’s truth before (Mark 4:11-12; Revelation 12:9) will then have the Bible opened to them—so they can truly understand it!
Revelation 20:12 then goes on to say, “Another book was opened, which is the Book of Life.” This represents the opportunity for eternal life being opened to all these people. This will be accomplished by God offering His Holy Spirit to billions of people (Ezekiel 37:14).

All of these people, the billions upon billions of them, will finally be able to understand the Bible, know and believe and obey Jesus Christ and have the opportunity to live forever.

This is the hope for all the people Christ mentioned—people like the queen of Sheba and the inhabitants of Sodom—and all the other people who have ever lived and not known the true God and His truth.

PS: I wrote this article as a reminder to myself. I hope someone finds this useful. Of course the working assumption is that the reader believes in GOD.

When the likes of Sam Harris questions the authenticity and relevance of the God of the Bible, this is what you tell them.