Of course not all of us had it all figured out at 21, hell, most of us haven’t even realized what kind of life we want to really live. But then I remember taking a decision to run a magazine company.

The truth was, whenever I am broke and bored, my racing mind will not let me rest. It keeps probing and probing till suddenly it gets an idea to do a business or create something that would, unfortunately, not provide money instantly but on the long run will be a successful business..

But I was broke as hell and I hated it.

I had always fancied the beautiful covers of magazines, the images on the papers, and the feel of the paper texture on my skin, and I remember saying I wanted to give people that same feeling but let me honest, I was broke and I needed money.

So I went online and started looking for how to design a magazine. I scanned through different suggestions with a pulsating excitement, and all I could think of was having a company at such age and making tons of money, still I had no idea of what the focus of the magazine wiould be.

All I could see was the fame I would get, the recognition that would be afforded me, and the open doors I will receive. You know that ‘always fix your eyes on the prize’ speech? Yes, that one. It was all I was consuming. I am not not saying that it’s bad or wrong, I am just saying.

So all these were my drive, but really, I wanted to just start off and make it immediately. 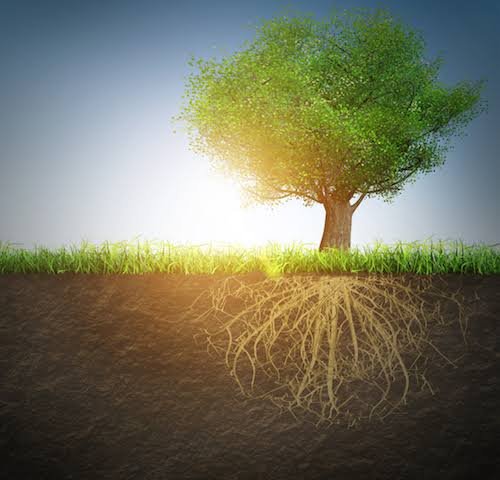 So I spoke to a friend who I felt would love the dreams I had in my head. Well, he kind of talked me out of the whole paper press thing and suggested that we run a blog first. He’s idea was “people don’t buy papers anymore, they practically live on the internet.”

Well, that was fair when I thought about it.

So we started the blog, but were still confused on what we would focus on. We just wanted to start so badly that we started copying stuff from other blogs and posting it on our blog. Whatever it was, so long it was readable, we would copy, edit and paste, and of course, we gave credits where due.

It was fun. Really fun, but, well, we lasted only 3 months.

We got bored. We got tired. We got frustrated, and so it died, or stopped, I guess.

Later, I realised we were struggling in an already crowded space because we lacked something to keep people engaged in our site.

We struggled because all we wanted was to make it big just like those ahead of us in the industry we were comparing ourselves with, and we wanted it instantly.

We struggled because we lacked that unique thing that would make people relate with us.

We struggled because we lack our identity.

We struggled because we lacked the knowledge depth of what we were doing.

We struggled because we lacked skill.

We struggled because we had no root and foundation upon which we were building our dreams.

We struggled because we had not the capacity to define what success meant for us and how to measure it.

Even now so, many are struggling.

Do you ever, sometimes, stop to wonder why many of us struggle so much to get the kind of life we want or dream? Do you ever look around and you ask yourself, why is the hustle so hard, and when exactly will life give me what I want?

Is it our fate to belong in the category of those who can only dream but not have? Or are we short of capacity to make dreams come true?

But I realised two things, two problems, and two solutions.

You see, the problems we have stems not from our lack of desire to be successful, neither does it spring forth from the lack of knowing what to do, but two of our biggest problems are one, we are so quick and desperate to chase after success that we fail or forget to define what success means to us.

We fail to ask ourselves, what kind of success do we chase after, and how do we measure it? How to we sustain it? And how do we replicate it?

When we fail to define what exactly success is for us individually, when we fail to get clarity of what exactly the goal post looks like, we are left to spend all our energy running up and down the pitch without having a target to hit.

It’s like 22 football players running round the pitch with the ball but no goal post to aim at.

For most of us, we have been awfully taught that success is all about the amount of money in our bank accounts, the flashy cars and the crazy ass houses. The standing ovation we get from people as we walk into the room, the recognition that comes from being so popular, and the autographs we get to sign on people, yet we fail to understand that to be successful is to win one battle at a time, hit one milestone at a time and the dedicated efforts to be better than the previous self.

For example, if you are a writer, before you fill your life with great depression, sit down and set goals you want to achieve. Get clear on the milestones you want to hit and celebrate as you go on with your craft. They could be your first blog post. It could be your first engagement, could be a like or a comment. First blog follower. First 10 comments. First 100 likes on a post. First 100 views on a post. First blog post shared. Etc.

The idea is to sit and define what sccess will look like for you, not what the community says it should be.

We err so greatly when we fail to sit and define what success means to us. We do ourselves a great deal of harm when we fail to realise that our successes can be in any form.

So whatever it is, set targets and go for it. This way you take away the pressure from you and the temptation of focusing on the gap you haven’t covered.

Getting clear on what success means to you allows you to focus on the gains you get along the way. It allows you to live a life of satisfaction and not depression, a life of gratitude, and not walking around with a sense of doom or misfortune.

You have to understand that it is all about focusing your energy on something that has a face.

Now this is what will happen.

When you focus on a target and get it, you move to the next target and hit it, by the time you take a pause and look behind at how far you have come, it gives you the confidence that what lies ahead is, albeit step by step, is very much possible to achieve.

A successful person is one filled with series of success. So take time and set goals, and by all means enjoy the victories as they come.

But don’t stop there. You got to maintain it, you got to sustain it.

So how will you do it?

Set a long term vision as you plan short term goals. In fact, your vision should be broken down into smaller targets.

These short term goals are series of staircases that would lead to the big picture. Don’t dwell on the victories of yesterday, neither rest because of today losses. Don’t make yourself become the result.

Understand that you are not defined by your successes or failures. You are who you are based on what you have defined yourself to be. Your capacity or strengths does not diminish because of the results you get. Don’t call yourself a failure because you failed to hit a target, instead take the lesson and make the next attempt epic.

To replicate success you must be brave enough to try over and over again.

Keep trying in everything because that the way to replicate success.

Now secondly, I realise in our desperate bid to grab at success, we often neglect an important rule; that building within us and around us the capacity to handle success is as important as having success, if not more important.

What do I mean?

In life, I realise that where you get to in life is determined by what you do to get there.

Listen to this, it is not the amount of work you do that makes you better, neither is it the intensity of how you work that determines your success; it is actually what you do when you are not working that determines how effective you are in your work space.

Please don’t be a workaholic.

What do I mean?

Before you attempt to launch or start anything, spend time in developing yourself with the skill and knowledge of what you want to do. Don’t launch because you think time is not on your side or because e everyone is already doing it. Don’t fall for that seduction.

To think Jesus spent 30 years preparing for a work of 3 and half years. That was why he was unstoppable. That was why it felt like it was very easy for him to do all that he did.

Abraham Lincoln said, Give me six hours to chop down a tree and I will spend the first four sharpening the axe.

That is it people, that is it.

In order for you to grab at something, it is very important that you have the ability to hold it.

Don’t rush into it. Whatever the situation is, business, music, fashion, cryptocurrency, relationships, whatever it is, spend time in growing yourself with the skill and knowledge.

Grow down before you grow up.

What you do within the process will determine the intensity and the consistency of your outcome.

It’s all about using less energy for a bigger result.

Look at the Chinese bamboo tree, look at the iroko tree.. Look at all the natural structures that spent time developing their roots before branching out.

It’s not about rushing to be successful, it is about how effective can you be. And this can only be seamless when you spend time in building your capacity.

What this does is that it give you an advantage when trouble comes because they will come. Not because you are better than anyone, but because you have the skill to manipulate the situation.

So it is very important to build a root system to support success.

If we fail to anchor our goals and dreams on something solid, with time, we will be left with nothing but stones to eat for breakfast.

Don’t assume there is no time. The best time to plant a tree was yesterday, another great time is now.

So don’t get depressed when you haven’t gotten that dream that is stuck in your head, rather spend time to buildyourself and a deep network that can support your dream.

Take time to build your capacity.

Spend time to develop yourself.

Commit yourself to a process to becoming better, and watch how things fall into place.

Visit the original blog at Litcore