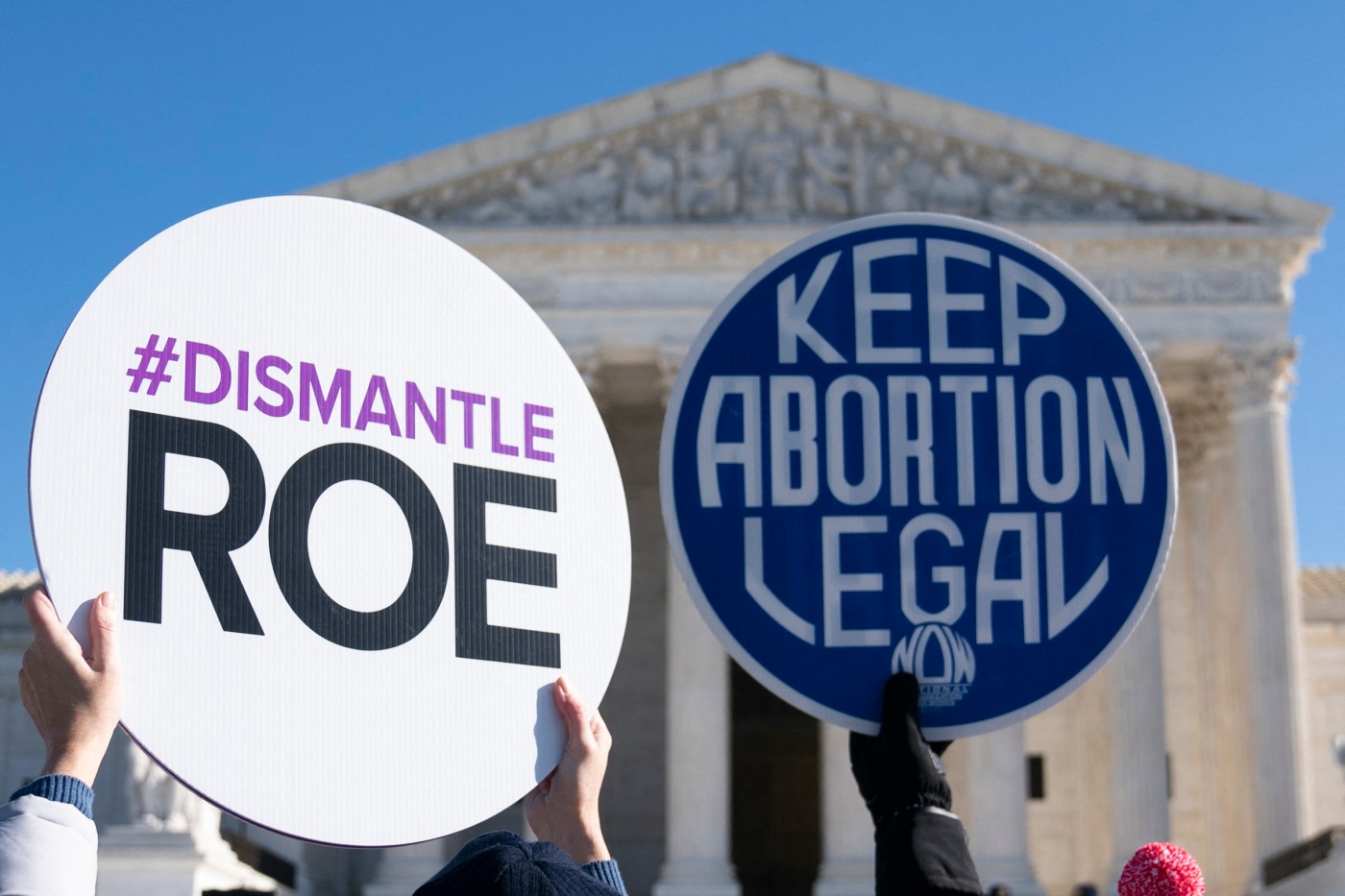 This past Friday, the Supreme Court of the United States ruled its decision regarding the Dobbs vs. Jackson case, which overturned Roe vs. Wade, the nearly 50-year ruling which legalized abortion across the land. Of course, everyone has had some kind of emotional reaction, from elation to anger, with very few shrugging their shoulders in apathy. But what does this ruling really mean, and what will happen in the near future?

For me, I was not elated, but instead rather relieved. It was as if a huge weight that I didn’t even know existed, had been lifted. There was a gladness in my spirit, and I didn’t even want to turn on the news or seek the usual commentators (even the ones I agree with) because I didn’t want to let that bubble burst (at least so soon). After a little while, I did however, listen to the president’s speech and Ben Shapiro’s quick thoughts on it, and a day later caught a few brief minutes of Glenn Beck’s initial response when he heard the news. I also sought out and read the Supreme Court’s official ruling. The ruling was rather lengthy, and with a busy weekend, I did not read it all, but rather skimmed through it. There were three things that jumped out at me though, which I would like to highlight for you today and give you my thoughts on it.

“Roe was egregiously wrong from the start. Its reasoning was exceptionally weak, and the decision has had damaging consequences.

And far from bringing about a national settlement of the abortion issue, Roe and Casey have enflamed debate and deepened division. It is time to heed the Constitution and return the issue of abortion to the people’s elected representatives.

“The permissibility of abortion, and the limitations, upon it, are to be resolved like most important questions in our democracy: by citizens trying to persuade one another and then voting.” Casey, 505 U. S., at 979 (Scalia, J., concurring in judgment in part and dissenting in part). That is what the Constitution and the rule of law demand.”

So it’s pretty obvious from this statement that the issue of abortion itself is not in question, but rather the process of it having been decided by the Supreme Court to begin with. Prior to the Roe v. Wade ruling in 1973, abortion was a state issue. But with the Supreme Court ruling, abortion was then deemed a constitutional right (under the 14th amendment), and it therefore struck down the states’ bans on abortion, making it legal across the nation. States could however, regulate abortion procedures. Even the late former Justice Ruth Bader Ginsburg, who was pro-choice, disagreed with the Supreme Court’s abrupt manner of forcing abortion upon all of the states in such a quick and sudden manner.

“A less-encompassing Roe, one that merely struck down the extreme Texas law and went no further on that day … might have served to reduce rather than to fuel controversy,” she added.

That controversy is mentioned in Alito’s statement above. I had not thought about it before, but certainly the abruptness of a court ruling that resulted in created a federal law in which all states had to obey, circumvented elected officials’ ability to vote on the matter in the Congress and the Senate, has probably contributed to adding fuel to the fire as Justice Ginsburg pointed out.

I think that people would have been much more tolerant––in a sense––had it been left as a state issue. At least people could say, “Abortion is legal there,” or “Abortion is not legal there.” Perhaps in more ‘purple’ states they might say, “They have abortion, but with stricter regulations than so-and-so.” Maybe even some could say, “It’s only legal in certain counties there.” Each state’s laws would reflect its conservative or progressive culture.

But Alito goes further in saying that it should not just be a state-by-state law, he says that a federal law should not be made by a court, but through the proper channels. “That is what the Constitution and the rule of law demand.” So the court’s ruling circumventing the federal (or state) legislative process was unconstitutional in doing so.

This is rather lengthy, but worth reading through. Alito goes back and discusses the 14th Amendment and its application to abortion.

“In interpreting what is meant by the Fourteenth Amendment’s reference to “liberty,” we must guard against the natural human tendency to confuse what that Amendment protects with our own ardent views about the liberty that Americans should enjoy. That is why the Court has long been “reluctant” to recognize rights that are not mentioned in the Constitution. Collins v. Harker Heights, 503 U. S. 115, 125 (1992). “Substantive due process has at times been a treacherous field for this Court,” Moore v. East Cleveland, 431 U. S. 494, 503 (1977) (plurality opinion), and it has sometimes led the Court to usurp authority that the Constitution entrusts to the people’s elected representatives. See Regents of Univ. of Mich. v. Ewing, 474 U. S. 214, 225–226 (1985).

As the Court cautioned in Glucksberg, “[w]e must . . . exercise the utmost care whenever we are asked to break new ground in this field, lest the liberty protected by the Due Process Clause be subtly transformed into the policy preferences of the Members of this Court.” 521 U. S., at 720 (internal quotation marks and citation omitted).

On occasion, when the Court has ignored the “[a]ppropriate limits” imposed by “‘respect for the teachings of history,’” Moore, 431 U. S., at 503 (plurality opinion), it has fallen into the freewheeling judicial policymaking that characterized discredited decisions such as Lochner v. New York, 198 U. S. 45 (1905). The Court must not fall prey to such an unprincipled approach. Instead, guided by the history and tradition that map the essential components of our Nation’s concept of ordered liberty, we must ask what the Fourteenth Amendment means by the term “liberty.”

When we engage in that inquiry in the present case, the clear answer is that the Fourteenth Amendment does not protect the right to an abortion.

Until the latter part of the 20th century, there was no support in American law for a constitutional right to obtain an abortion. No state constitutional provision had recognized such a right. Until a few years before Roe was handed down, no federal or state court had recognized such a right. Nor had any scholarly treatise of which we are aware. And although law review articles are not reticent about advocating new rights, the earliest article proposing a constitutional right to abortion that has come to our attention was published only a few years before Roe.”

Like I said, it is a rather lengthy and wordy way to say that the 14th Amendment “does not protect the right to an abortion.” This is an important note, considering it was Section 1 of this amendment that in 1973, the Supreme Court decided abortion was a constitutional right. But what does the amendment say?

So what does this have to do with abortion? A recent USA Today article put it this way:

“The 1973 Roe v. Wade ruling relied on this clause when it concluded that prohibiting abortion violated a right to privacy under the Constitution by restricting a person’s ability to choose whether to have an abortion. In the 2015 Obergefell vs. Hodges case, the Supreme Court ruled that state bans on same-sex marriage violated the due process clause.”

But it seems to me that this Section actually provides a fetus with a right to life––if we could agree that a fetus was actually a person, and that life begins at conception.

“Ordered liberty sets limits and defines the boundary between competing interests. Roe and Casey each struck a particular balance between the interests of a woman who wants an abortion and the interests of what they termed “potential life.” Roe, 410 U. S., at 150 (emphasis deleted); Casey, 505 U. S., at 852. But the people of the various States may evaluate those interests differently. In some States, voters may believe that the abortion right should be even more extensive than the right that Roe and Casey recognized. Voters in other States may wish to impose tight restrictions based on their belief that abortion destroys an “unborn human being.” Miss. Code Ann. §41–41–191(4)(b).

Our Nation’s historical understanding of ordered liberty does not prevent the people’s elected representatives from deciding how abortion should be regulated. “

So again, this is about the Court turning the responsibility of legalizing abortion to “the people and their elected representatives.” In other words, this is a do-over. The Court erased its previously unconstitutional decision, and put the ball in “the court” of the states and elected officials (or perhaps a public vote), where it belongs. It revisited and revised its decision in light of the constitution––the 14th Amendment and the first three Articles, which discusses the seperate but equal branches of government and their respective roles in our system.

How do I feel about this? I think it’s best. The decision needs to come down to the local level, and in my opinion, the more local the better. If the federal government issues a law requiring abortion must be legal in all states, then we’re back to square one again, and nothing has changed, which will make half the country happy, but will not dampen the fire.

I would rather see everyone come together on a child’s right to life, regardless of the circumstances, rather than the decision being forced through government channels. As Ginsburg pointed out, the way to a unified decision must be made through the people having and demanding that unified decision (though she was talking in favor of abortion, but the priciple is the same). Though, I can agree with some conservatives who feel it is not the government’s right to force a woman to die if an abortion can prevent that. But with modern medical procedures, that is thankfully a very rare case. The same goes for a child who has no chance of living. Though I go back and forth on that one.

But I do believe that adoption is a choice that needs to be considered and encouraged more often than an abortion, and we should encourage people to seek out other options such as crisis pregnancy centers as well. Yes, an abortion is much more convenient, and carrying a child that is a product of rape and/or incest can be a serious and painful issue (people do choose to keep their baby in those circumstances. I have met someone who has kept her child and decided to raise her on her own after such an issue. I believe the baby’s name was Amber.).

But the real question is, is abortion primarily the act of taking the life of an innocent human being for the sake of your convenience? I might be a white heterosexual conservative male and not a male or female with a uterus, but it’s a question that I’ve often thought about; and it’s a question that, no matter who you are or what pronoun you use, everyone needs to think about.

No matter who you are, or how much you wish you didn’t have to think about it (such as myself, ironically), we all must come to that “line in the sand” decision. Whose life is more important? The mother’s or the child’s?