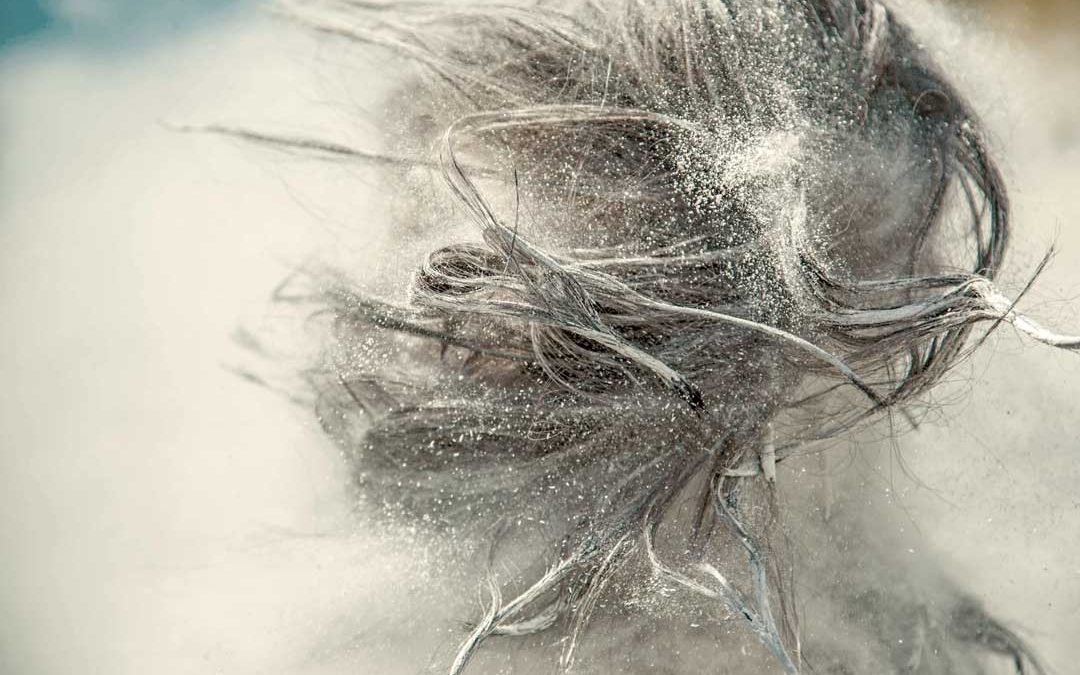 Timeline of  Man in Genesis

26 Then God said, “Let Us make man in Our image, after Our likeness, to rule over the fish of the sea and the birds of the air, over the livestock, and over all the earth itself and every creature that crawls upon it.”

27 So God created man in His own image; in the image of God He created him; male and female He created them.

28 God blessed them and said to them, “Be fruitful and multiply, and fill the earth and subdue it; rule over the fish of the sea and the birds of the air and every creature that crawls upon the earth.”

29 Then God said, “Behold, I have given you every seed-bearing plant on the face of all the earth, and every tree whose fruit contains seed. They will be yours for food. 30 And to every beast of the earth and every bird of the air and every creature that crawls upon the earth— everything that has the breath of life in it— I have given every green plant for food.” And it was so.

The image and likeness of God allowed man to rule over the earth. Furthermore based on Man’s creation as male and female, it’s implied that God has the qualities of male and female as part of his personality.  In the plural sense of “Us” it might also imply that these personalities are distinct.

Being fruitful is  a blessing. With the addition of the term “multiply” the context is extremely clear. It is not some fancy language to describe physical work. You cant multiply without having sex.

7 And the LORD God formed man of the dust of the ground, and breathed into his nostrils the breath of life; and man became a living soul.

8 And the LORD God planted a garden eastward in Eden; and there he put the man whom he had formed.

9 And out of the ground made the LORD God to grow every tree that is pleasant to the sight, and good for food; the tree of life also in the midst of the garden, and the tree of knowledge of good and evil.

15 And the LORD God took the man, and put him into the garden of Eden to dress it and to keep it.

16 And the LORD God commanded the man, saying, Of every tree of the garden thou mayest freely eat:

17 But of the tree of the knowledge of good and evil, thou shalt not eat of it: for in the day that thou eatest thereof thou shalt surely die.

18 And the LORD God said, It is not good that the man should be alone; I will make him an help meet for him.

19 And out of the ground the LORD God formed every beast of the field, and every fowl of the air; and brought them unto Adam to see what he would call them: and whatsoever Adam called every living creature, that was the name thereof.

20 And Adam gave names to all cattle, and to the fowl of the air, and to every beast of the field; but for Adam there was not found an help meet for him.

21 And the LORD God caused a deep sleep to fall upon Adam, and he slept: and he took one of his ribs, and closed up the flesh instead thereof;

22 And the rib, which the LORD God had taken from man, made he a woman, and brought her unto the man.

23 And Adam said, This is now bone of my bones, and flesh of my flesh: she shall be called Woman, because she was taken out of Man.

24 Therefore shall a man leave his father and his mother, and shall cleave unto his wife: and they shall be one flesh.

25 And they were both naked, the man and his wife, and were not ashamed.

1 Now the serpent was more crafty than any of the wild animals the Lord God had made. He said to the woman, “Did God really say, ‘You must not eat from any tree in the garden’?”

4 “You will not certainly die,” the serpent said to the woman. 5“For God knows that when you eat from it your eyes will be opened, and you will be like God, knowing good and evil.”

6 When the woman saw that the fruit of the tree was good for food and pleasing to the eye, and also desirable for gaining wisdom, she took some and ate it. She also gave some to her husband, who was with her, and he ate it. 7Then the eyes of both of them were opened, and they realized they were naked; so they sewed fig leaves together and made coverings for themselves.

8 Then the man and his wife heard the sound of the Lord God as he was walking in the garden in the cool of the day, and they hid from the Lord God among the trees of the garden. 9But the Lord God called to the man, “Where are you?”

10 He answered, “I heard you in the garden, and I was afraid because I was naked; so I hid.”

11 And he said, “Who told you that you were naked? Have you eaten from the tree that I commanded you not to eat from?”

12 The man said, “The woman you put here with me—she gave me some fruit from the tree, and I ate it.”

13 Then the Lord God said to the woman, “What is this you have done?” The woman said, “The serpent deceived me, and I ate.”

14 So the Lord God said to the serpent, “Because you have done this, “Cursed are you above all livestock and all wild animals! You will crawl on your belly and you will eat dust all the days of your life.

15 And I will put enmity between you and the woman, and between your offspring  and hers; he will crush  your head, and you will strike his heel.”

16 To the woman he said, “I will make your pains in childbearing very severe; with painful labor you will give birth to children. Your desire will be for your husband, and he will rule over you.”

17 To Adam he said, “Because you listened to your wife and ate fruit from the tree about which I commanded you, ‘You must not eat from it,’ “Cursed is the ground because of you; through painful toil you will eat food from it all the days of your life.

18 It will produce thorns and thistles for you, and you will eat the plants of the field.

19 By the sweat of your brow you will eat your food until you return to the ground, since from it you were taken; for dust you are and to dust you will return.”

20 Adam named his wife Eve, because she would become the mother of all the living.

21 The Lord God made garments of skin for Adam and his wife and clothed them.

22 And the Lord God said, “The man has now become like one of us, knowing good and evil. He must not be allowed to reach out his hand and take also from the tree of life and eat, and live forever.”

23 So the Lord God banished him from the Garden of Eden to work the ground from which he had been taken.

24 After he drove the man out, he placed on the east side e of the Garden of Eden cherubim and a flaming sword flashing back and forth to guard the way to the tree of life.